Infantile Colic refers to a condition in babies often characterized by a persistent and violent crying in an otherwise healthy infant. It is not clear yet on how to diagnose colic in infants. There are arguments about how to diagnose colic in infants producing results that the term colic can be applied to various clinical presentations. As a result, numerous forms of treatment have been proposed. However, most have been proven to have no effect at all. In fact, most of the drug preps have been shown to have serious side effects. 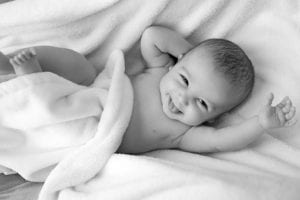 It is an area that needs a lot of effort to be put into given that Infantile Colic is a very common condition with no known effective treatment. However, there is good empirical evidence on its response to chiropractic treatments. Infantile Colic is considered to be self –limiting condition. Some researchers have even suggested that there might be a long-term effect in the form of psychomotor problems. Worse, the crying infants may also grow to be violent or acquire the ‘shaken baby syndrome.’

Studies show that after a two-week manipulation of chiropractic treatment, crying amongst infants initially diagnosed with Infantile Colic reduced significantly. Mean daily crying hours of those diagnosed register a reduction of up to 66%. This is after a twelve day manipulation period. Therefore, it is a significant drop compared to other forms of treatment over the same period e.g. the dimethicone form of treatment. This serves to prove that there exists a positive effect of spinal manipulation in the treatment of Infantile Colic.

Some studies also suggest that Infantile Colic might be an underlying physiologic disease rather than a psychosocial one. Spinal manipulation is, however, useful in the treatment of musculoskeletal disorders. Judging by the results of some studies, it only leaves two possible interpretations. Either spinal manipulation is an effective way to treat the disorder or Infantile Colic itself is a musculoskeletal disorder. This is contrary to the normal assumption, visceral. Studies have not addressed that issue as of yet.

Chiropractic manipulation of infant colic has been suggested by some studies to cause minor complications at the latter stages of life. These complications include mild pain or discomfort, slight headache, and fatigue. They are quite common in children who have undergone chiropractic treatment. However, these complications only last for a short period.

However, some of these complications may be as a result of vertebrobasilar accidents that occur during the practice. Chiropractic treatment of the upper neck is a perfect example. The published evidence is especially low. It estimates the risk of injuries due to chiropractic treatment in the order of one to four cases per a million treatments.

Part of the reason may be the reluctance by chiropractors involved in neck manipulations to report major effects. In addition, the lack of general awareness of vertebrobasilar accidents. These accidents manifest as other neurological illnesses such as acute pain in the neck.

Some chiropractors may actively promote themselves as primary health care professionals. As such, they encourage you to take your baby for a spinal manipulation as a way of maintaining wellness. They may provide that birth is a traumatic event for the spine.

Hence, it may be the primary cause of your child’s colicky behavior. Therefore, they recommend a chiropractic realignment of your newborn infant. When parents visit a chiropractor themselves, the chiropractic/pediatric treatment that ensues is initially free. Parents will consult a chiropractor as a result of word of mouth referrals or the fear of side effects of the alternate conventional treatments. Therefore, they will be willing to try anything just to aid their child off a chronic illness.

Generally, parents use chiropractic treatment for their kids. However, few will spontaneously disclose this information to their physician. This reluctance to disclose meaningful information to the physician disrupts a child’s conventional treatment. For instance, a parent’s bias towards chiropractic treatment will negatively influence a decision to vaccinate the child against a particular ailment.

Mid and upper back pain normally occur anywhere from the bottom of your rib cage to the base of your neck. Your ribs are normally attached to a long, flat bone at the center of your chest called sternum. The sternum is attached and wrapped around your back. If a nerve in this area is irritated or injured, you feel the pain in other areas where the nerve travels. Be it the legs, chest, arms, or the belly. Overworking these muscles during chiropractic treatments of Infantile Colic may result in back pains and soreness.

This effect is not as common as the low back pain or probably the neck pains. The symptoms will normally be characterized by pains when the baby attempts any movement.

Use of extra force during chiropractic treatments on infants can have adverse effects on the long-term stability of the child. The average force on the child should be around 2 Newton. This is the primary force your eyeball can sustain on impact. Failure to honor this results in paraplegia. This is a condition that occurs when an injury to the spine is below the first thoracic nerve of the spine. It will result in the loss of movement and feeling of the lower part of the infant’s body.

The degree of functionality that a paraplegic person will experience will depend on a few things. Firstly, the level of the injury, the type and whether the injury was either complete or incomplete/partial paralysis.

Chiropractic treatment is one of the many forms of therapies aimed at improving the level of infant colic. As most studies will show, it has a success rate of up to 94%. Hence, it is more efficient compared to other forms of therapies. However, treatment recommendations that are unique to chiropractic treatment remain unsupported by well-designed researches/studies. This is because chiropractors have not as yet discovered the cause of infant colic and thus have no clear understanding of it. Treatment recommendations by these chiropractors have either been disproven or simply have no clear evidence to support them.

More recent analysis of studies of chiropractic treatments of Infantile Colic seems to confirm that there isn’t enough reliable evidence to suggest manipulative therapies are indeed effective for Infantile Colic. In the analyses, it states that the positive effect disappears once the parents are properly blinded. As such, the effect will be due to placebo/expectation rather than from the therapy itself.

So while we acknowledge that manipulative therapies are the best form of therapies when it comes to treating Infantile Colic, it is also worth noting that it is also very normal that these chiropractors will tend to ignore accepted rules of ethics. As science puts it, it’s not only about showcasing the positive effects of manipulative therapy interventions. It also comes with understanding the short and long-term effects of these interventions.